Eight apple varieties you should be baking with this holiday season 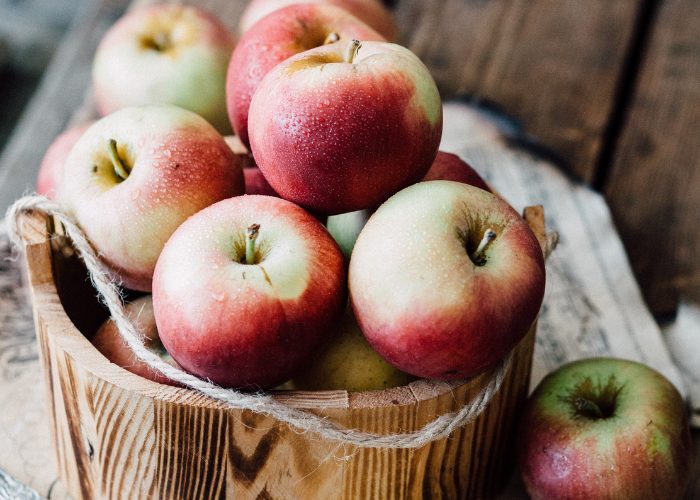 In the age-old battle of Granny Smith versus Honeycrisp, what if the answer is neither?

The world of apples is so much more complex than the few varieties generally found in grocery stores: apples are the third most commonly grown fruit in the world, after bananas and grapes, grown commercially in 35 states in the US and found in orchards from Alaska to Florida. 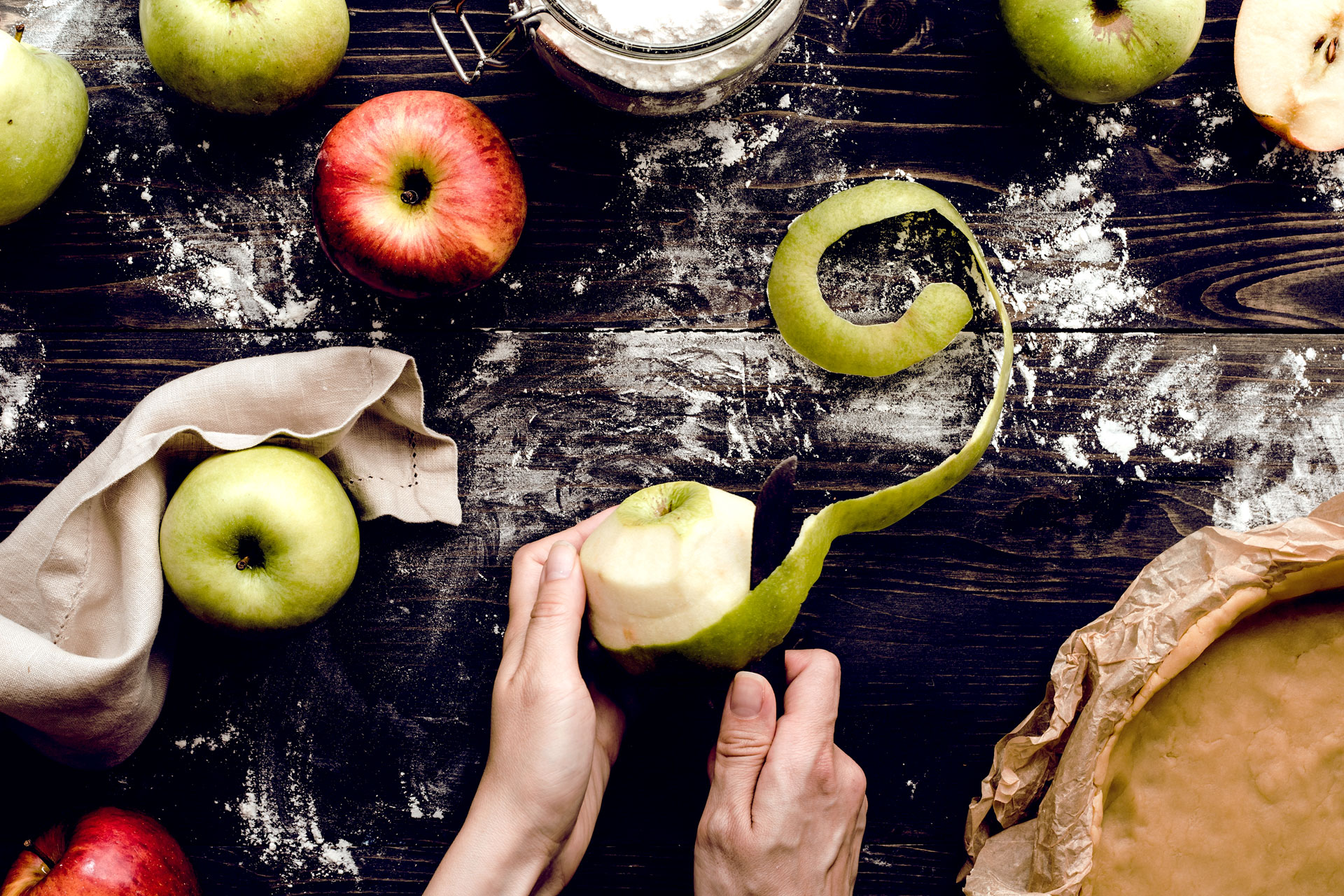 With more than 7,500 known varieties, the range of flavors, textures, and aromas of apples are infinitely varied.

In “The Apple Lover’s Cookbook,” Amy Traverso writes “Apple varieties are as individual as people, with their own quirky flavors and textures and strengths and behavioral issues.” She identifies 70 great varieties for eating and cooking with.

Which Apple Varieties Are Best For Pie And Other Uses

It seems like no matter how many apple pies one bakes, it’s impossible to remember which kind is best for baking versus eating out of hand.

But for every fond apple memory you have — a pie baking, apple sauce simmering on the stovetop, or even cider being pressed — there’s an apple variety that goes best with that preparation.

Luckily, there are many varieties of apples that make a good pie. A general rule of thumb is to bake with a mixture of firm-sweet and firm-tart apples. 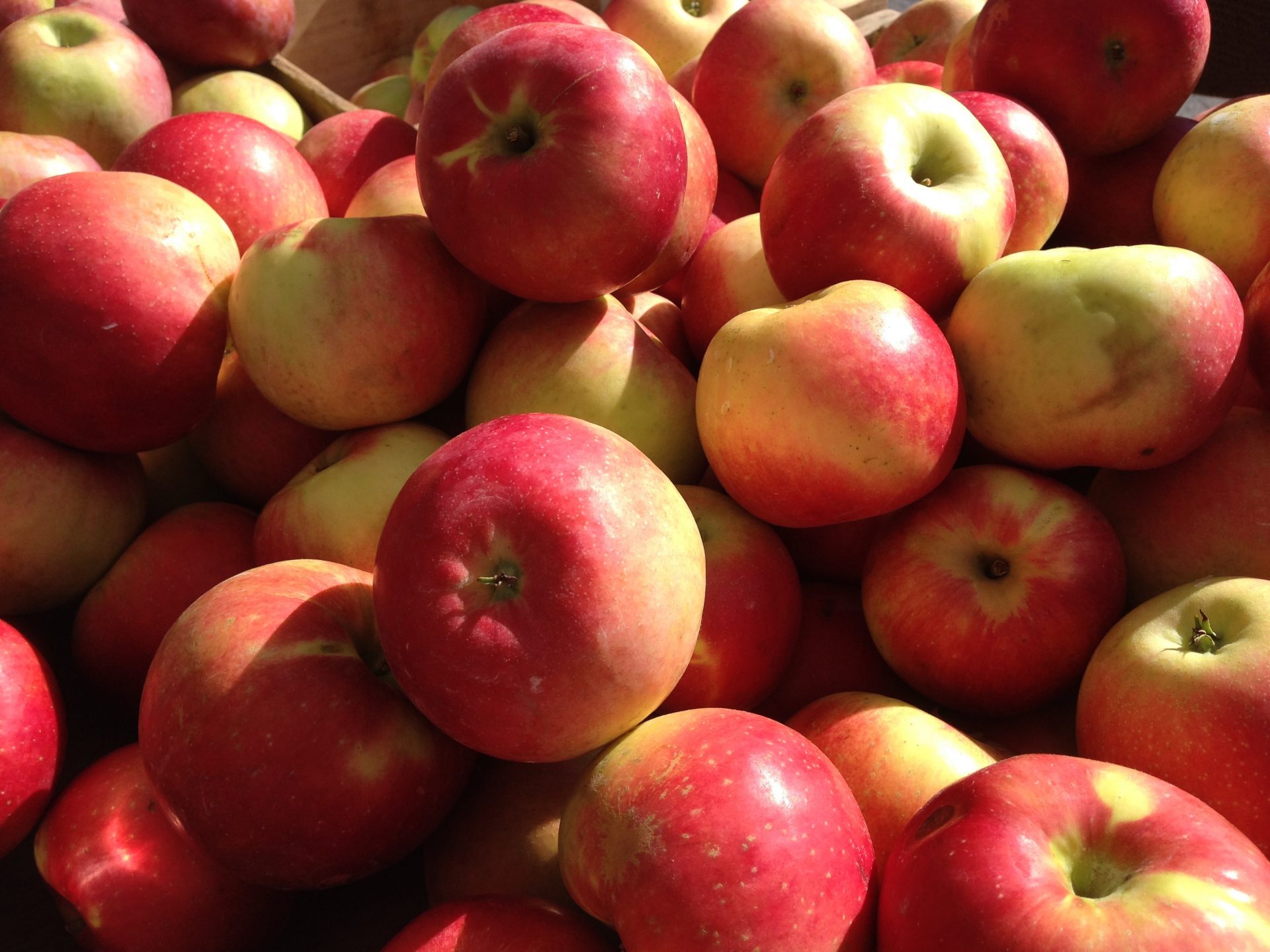 8 Apple Varieties to Look For

The list of which apple varieties to look for could go on and on.

What you find will greatly depend on what’s in season near you, and where you shop. These varieties are among those seen more regularly at farmers’ markets, broadening the spectrum of apples available beyond the traditional flavors.

Check this chart for more of the commonly available apples, along with seasonality and cooking tips.

An heirloom variety first grown in Benton, Arkansas, this apple thrives in warmer climates, which means you’ll find it in orchards throughout the Southeastern and western states and California. It has deep red skin, which turns purple-black and sweeter the longer it is stored.

When picked in season, between October and November, Arkansas Black apples are firm, crisp and moderately juicy.

This tender-sweet apple is delicious when used fresh, but is also beloved in apple crisps or other baked preparations.

A British variety, it is a medium-sized apple with yellow skin that is streaked with orange and red patches.

Traverso describes its flavor as “citrusy and almost tropical-tasting, with pear aromas.” It is grown throughout the East Coast, Midwest and Northern California. This apple is good for desserts, especially in baked goods, frying and cider.

This apple’s fantastic name is reason enough to recommend it, but Traverso’s rave review is an even better one: “This apple has so many layers of flavor that it really is extraordinary when eaten fresh or when used to make hard or sweet cider,” she writes.

It’s a juicy medium-sized apple that varies in color from orange-red to bright red with dark red stripes to purplish-red. It has a hard and crisp bite with floral, citrusy and tropical aromas.

This variety ripens from September to mid-October, but stores well through the winter.

If you like Golden Delicious apples, try Goldrush. Developed by the Purdue University Horticulture Research Farm, the Goldrush cultivar combines the traits of Golden Delicious, Melrose and Rome Beauty apples, among others.

You’ll find it at farmers’ markets and u-pick orchards throughout the Northeast, Mid-Atlantic and Midwest. It ripens in October/November and keeps its firm texture, crisp bite and sweet-tart, slightly spicy flavor in storage for six to seven months.

Despite the dull-yellow to brownish skin of Hidden Rose, give this apple another look. Also called Airlie Red Flesh, it gets its name from its pretty, bright pink flesh, which offers berry flavors and candy apple aromas.

Native to Oregon, the Hidden Rose is most often found in the Pacific Northwest but can be found in the Midwest, Massachusetts and England.

If you’re a fan of the grocery store regulars Golden Delicious and Honeycrisp, try out Jonagold.

Traverso says it makes a better pie apple than Golden Delicious and is a great, less expensive alternative to Honeycrisp.

A sweet apple, Jonagold has honey and melon aromas with tender, juicy flesh. New England Association’s Powell describes the apple as “explosively crisp and juicy, similar to Honeycrisp but with more apple flavor.”

Often called the best pie apple, this firm-tart variety is much loved, especially in cooler climates, including New England, the Upper Midwest, and Ontario, where it thrives especially well.

Northern Spy apples can be found at supermarkets, but you’ll have your best luck at farmers’ markets and u-pick orchards.

The cream-colored flesh has hints of strawberry and pear flavors and will stay firm when sliced after being baked, making it ideal for cooking.

The RubyFrost is a variety bred at Cornell University’s New York State Agricultural Experiment Station and was released to the market in 2013.

It’s an ultra-juicy, ultra-crisp apple with a winey, somewhat vegetal, cidery aroma. RubyFrost doesn’t brown when left out, making it perfect for salads or other sliced preparations, but this variety also works well in baked recipes. 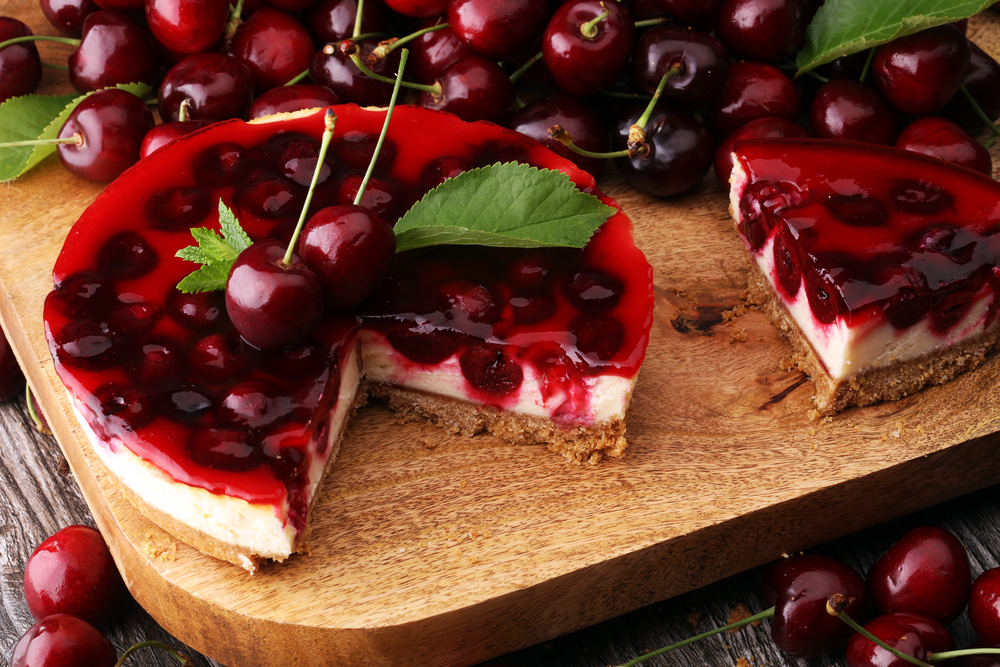 Cherries for Days: Fruits to Enjoy Year Round 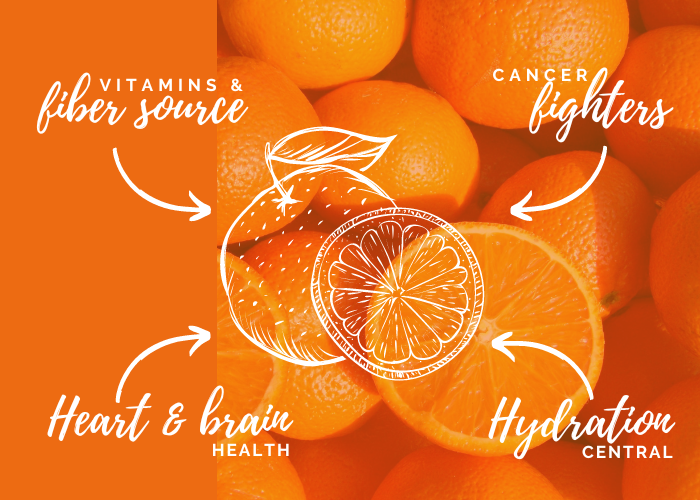 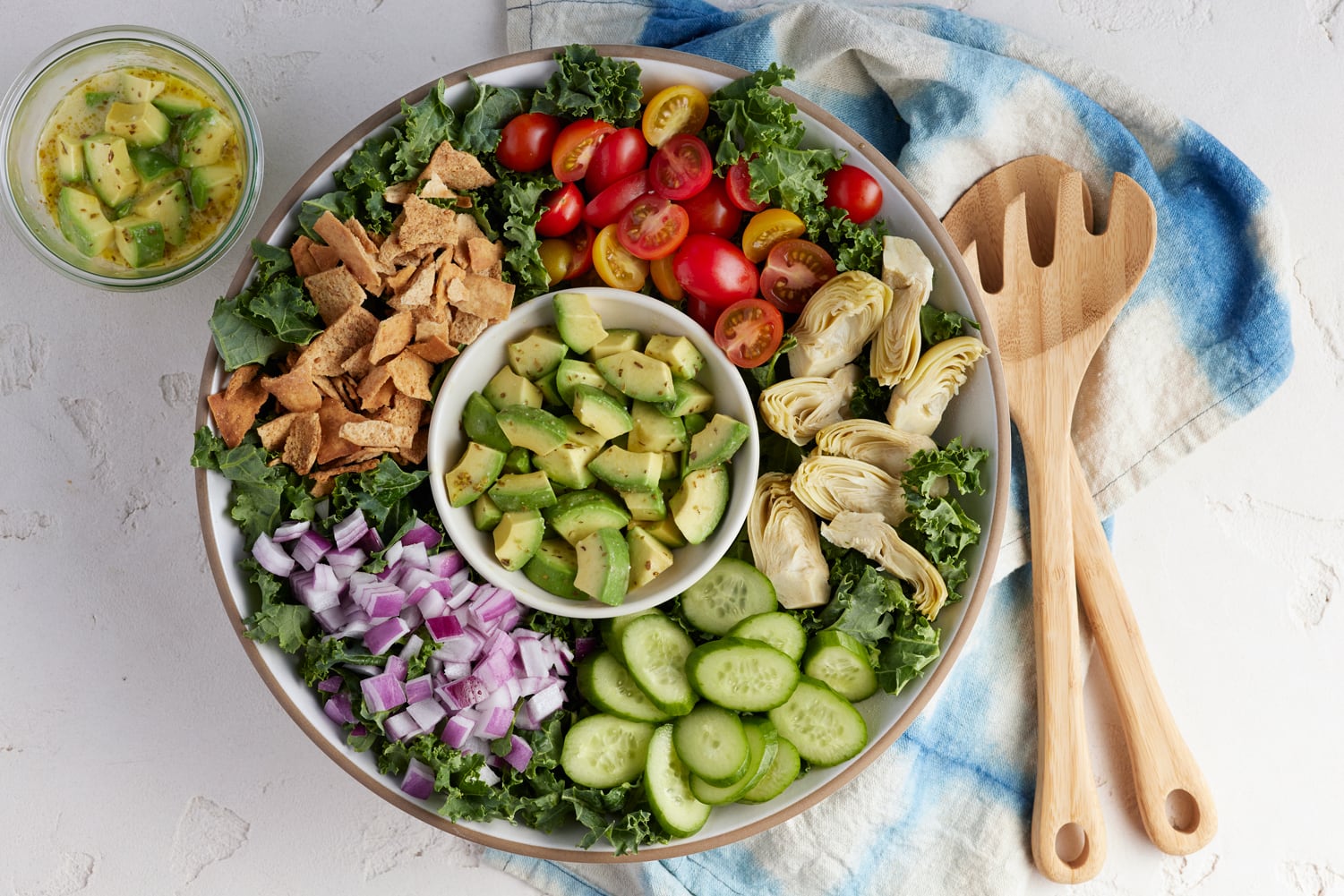 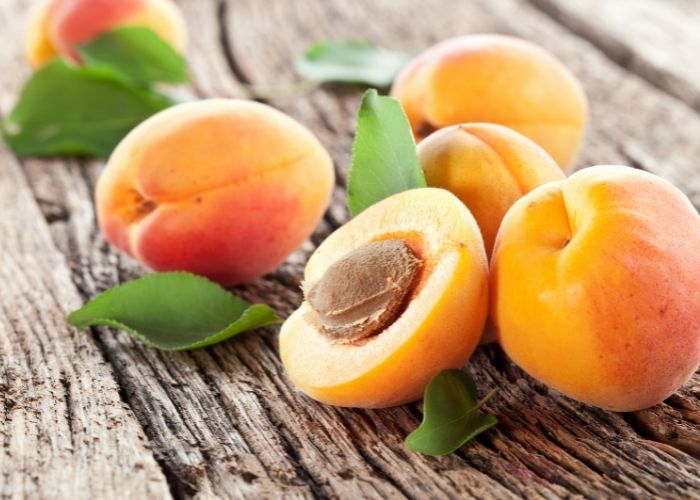